Welcome to Picks of the month, where I share a few things I have found useful the last month.

It can be anything from blog posts and software tools to books and techniques.

I am currently reading a lot, so this month is all about books. Even though all the picks are fiction, they are also related to technology.

If you want to add me on goodreads, please do:

Add me on Goodreads.com

All links to Amazon and such are not anything I make money from or anything. They are just a helpful link.

A lot of techy talk and references that only programmers will get. If you like geeky books that are slightly though provoking, this might be a book for you. 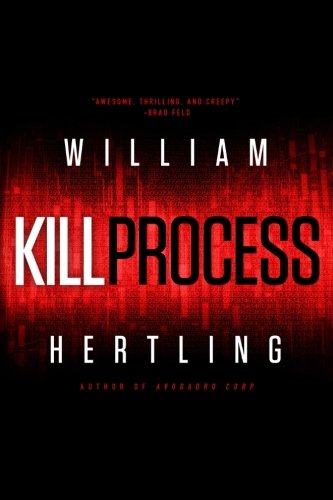 By day, Angie, a twenty-year veteran of the tech industry, is a data analyst at Tomo, the world’s largest social networking company; by night, she exploits her database access to profile domestic abusers and kill the worst of them. She can’t change her own traumatic past, but she can save other women.

When Tomo introduces a deceptive new product that preys on users’ fears to drive up its own revenue, Angie sees Tomo for what it really is–another evil abuser. Using her coding and hacking expertise, she decides to destroy Tomo by building a new social network that is completely distributed, compartmentalized, and unstoppable. If she succeeds, it will be the end of all centralized power in the Internet.

But how can an anti-social, one-armed programmer with too many dark secrets succeed when the world’s largest tech company is out to crush her and a no-name government black ops agency sets a psychopath to look into her growing digital footprint?

This series is all about AI getting created and what that might lead into (in a very high paced way).

The books makes you think a bit about AI, and how it might be some merit to what nay-sayers like Elon Musk, Bill Gates and Stephen Hawking are saying. Not saying it really is (I’m not really sure yet), but these books, while a bit far-fetched, have some good points.

Either way, it’s a fun little series, and I recommend it highly.

From Book 1: David Ryan is the designer of ELOPe, an email language optimization program, that if successful, will make his career. But when the project is suddenly in danger of being canceled, David embeds a hidden directive in the software accidentally creating a runaway artificial intelligence.

David and his team are initially thrilled when the project is allocated extra servers and programmers. But excitement turns to fear as the team realizes that they are being manipulated by an A.I. who is redirecting corporate funds, reassigning personnel and arming itself in pursuit of its own agenda.

The world is a couple of totalitarian states (extreme Big Brother kind of society), and the books showcases what that might look like (hint: it’s not good).

I really loved this book, and I highly recommend it to anyone who likes thought provoking books. 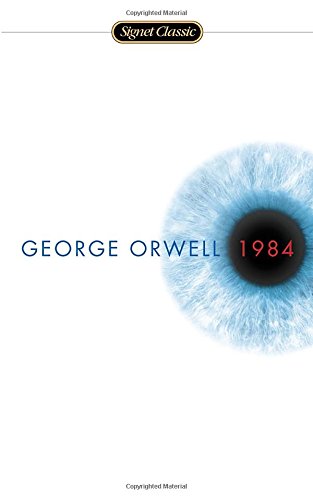 Written in 1948, 1984 was George Orwell’s chilling prophecy about the future. And while 1984 has come and gone, Orwell’s narrative is timelier than ever. 1984 presents a startling and haunting vision of the world, so powerful that it is completely convincing from start to finish. No one can deny the power of this novel, its hold on the imaginations of multiple generations of readers, or the resiliency of its admonitions—a legacy that seems only to grow with the passage of time.